Home Anime/Manga One Piece | Zoro is from Shimotsuki Family 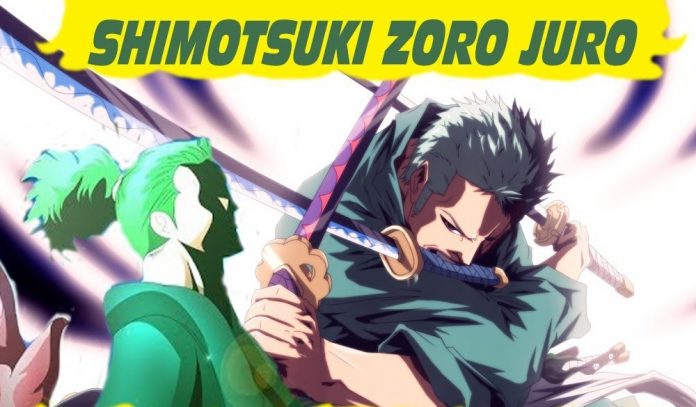 Recently, we have known the existence of the Shimotsuki Family. Shimotsuki Ushimaru was a member of the clan and the last daimyo of Ringo in Wano Country. He ruled until the takeover of Kurozumi Orochi as shogun 20 years ago. There are many theories about this clan, and one of them is that Zoro is from Shimotsuki Family, so now we will be discussing this theory.

Oda said in SBS: “They actually aren’t the same person! They have the same last name because they’re related by blood. The fact of the matter is, a ship from Wano reached East Blue a few decades ago,”

“One of the descendants of someone on that ship is a person that everybody is familiar with,” he revealed. “This part might be featured later in the main story, so I won’t mention any more than that. It isn’t going to be a major plot line, it will just be a minor story.” 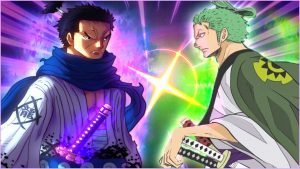 I think there are people from Shimotsuki clan who went to the East Blue and made a Shimotsuki village there. They live there for generations already (it makes sense because Koshiro was born in the East Blue).

Zoro might be a son of Shimotsuki Ushimaru, and was Ryuma’s descendant, they look very similar. Maybe, Ushimaru already knew Kaido and Orochi’s plan, he knows Kaido is a formidable opponent. So, in order to protect his last bloodline, Shimotsuki Ushimaru made a plan to send his wife (she might be pregnant Zoro) to their long-lost clan in the East Blue.

Ushimaru’s wife later gave birth at Shimotsuki village. This woman knows that this is the child of Ushimaru, she named their son after the Spanish word for Fox – Zoro. The name Roronoa would likely be the woman’s surname. That’s why Zoro was born in East Blue. 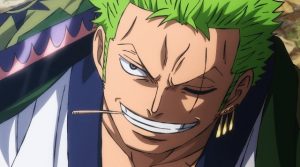 Some may mention that Oda stated that the identity of the person on the boat would only be a minor plot point. To this I would say that Zoro’s parentage itself may not be a major plot point, just a minor one. We had Sanji with the important family heritage being revealed just last arc. Therefore, we probably won’t find out too much about Zoro’s family.

Also, Shimotsuki is the traditional name of the month of November in the Japanese calendar and a Japanese surname. Zoro was born November 11th. But it’s just my theory, Oda usually plays with us. What do you think about this theory? Don’t forget to leave your own opinions in the comments section down below. 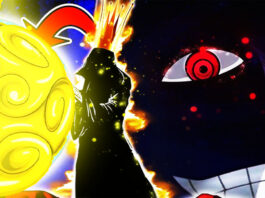 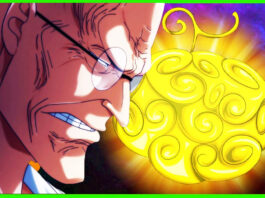 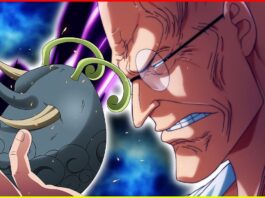 It’s NOT Zunesha | This Is What The Gorosei Were Talking...