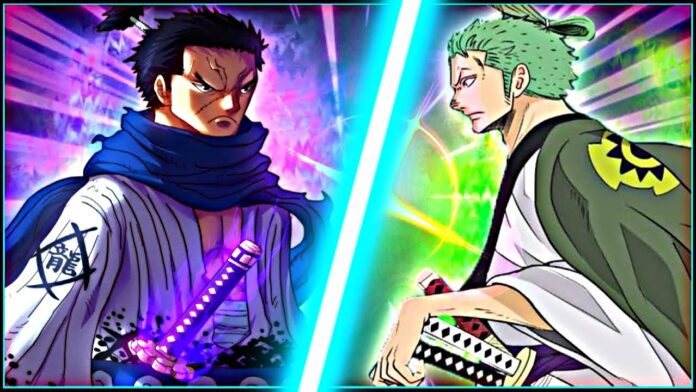 Let’s start the theory with Benkei and Yoshitsune from Japanese mythology.

This was the myth surrounding two historical figures in Japan, Minamoto Yoshitsune (on the right) and Benkei (on the left). Naturally those two spawned the whole Ringo region story, being the source material for Onimaru and the Shimotsuki clan. 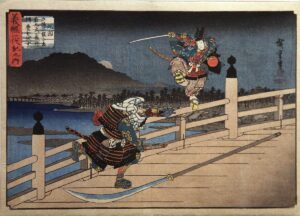 “Benkei was a warrior monk who lived in Japan in the twelfth century. Though most of the stories associated with him are exaggerated to the stature of myth and legend, he was undoubtedly a real person.

Minamoto Yoshitsune is one of the best-loved historical figures in Japan. He was a brilliant warrior who lived from 1159 to 1189. He helped his older brother Yoritomo gain control of Japan. Later, Yoritomo established the first shogunate in Japan.

Yoshitsune’s father, Minamoto Yoshihomo was killed by his enemy Taira Kiyomori in 1160, when Yoshitsune was less than a year old. Kiyomori spared Yoshitsune, but put him in a monastery in Kyoto. Here, Yoshitsune trained to become a Buddhist monk.

Legend says that it was near this monastery, on the Goyo Bridge in Kyoto, that Yoshitsune met Benkei. A popular version of the story maintains that Benkei would hide by night under the Goyo bridge, and challenge all who passed to a sword fight. He would keep the swords of those he defeated. In this way Benkei had collected 999 swords and was in search of the one-thousandth sword when he encountered Yoshitsune.

Yoshitsune and Benkei remain among Japan’s best-loved heroes. Their adventures have given birth to a host of myths, legends and stories, while incidents from their lives often form the theme of Kabuki plays and Noh performances.” 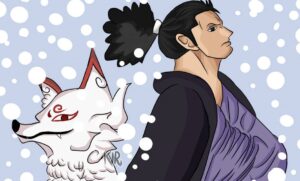 In One Piece, Benkei is Onimaru who stole the swords, Goyo bridge is Oihagi bridge and Minamoto Yoshitsune is daimyo of Ringo, Ushimaru Shimotsuki – it is also quite poetic that son of Ushimaru, Zoro, has met Onimaru at the same bridge where legend of Ushimaru and Onimaru began.

It’s worth to notice that historically Minamoto Yoshitsune was killed due to betrayal (in the same way it happens to Ushimaru during rebellion). It’s very interesting to notice that the Zoro Shimotsuki theory here is heavily supported by having many sources about a potential surviving son fathered by Yoshitsune with his mistress Shizuka, who fled the castle while carrying his unborn child.

This is from SBS Volume 96:

Oda: “To put it in other words, who Zoro meant by “a geezer in his village” that he met was actually grandpa Shimotsuki Kozaburo-san himself, who comes from the Wano Country. Oh? Then could that mean…Zoro’s dynasty…?! Well, the story of Shimotsuki Kozaburo, the samurai who founded Shimotsuki Village, is all I’m willing to share today!”

This all connects to the history that Yoshitsune’s mistress fled the castle while carrying a child, in One Piece, his mother escaped on the ship to East Blue with Zoro, who at the time, would’ve been in her stomach, 20 years ago.

Now during the rebellion, Ushimaru must’ve known that he isn’t going to survive, so he sent away his pregnant wife to the East Blue.

Many people wonder how it would’ve happened if Orochi was controlling all the ports and making sure no one escapes? 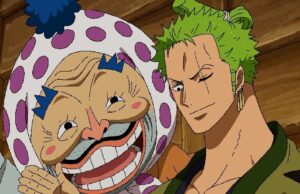 Shimotsuki Yasuie would have assisted in letting Zoro’s mother leave Wano because he was the daimyo of Hakumai with the only legal port. If anyone had a way to secretly leave Wano without being detected by Orochi it is Yasuie.

And it perfectly makes sense.

Keep in mind that Shimotsuki Yasuie was the one who first noticed that Zoro was interesting, and Yasuie for some reason started trusting him instantly and following him everywhere, even paying for his food. He knew more than he showed,and this will signify his death even more.

Sanji Vs. Shiryu of the Rain | Straw Hat pirates Vs. Blackbeard pirates

WHAT is Kaido? Why Kaido is Called The Strongest Creature?