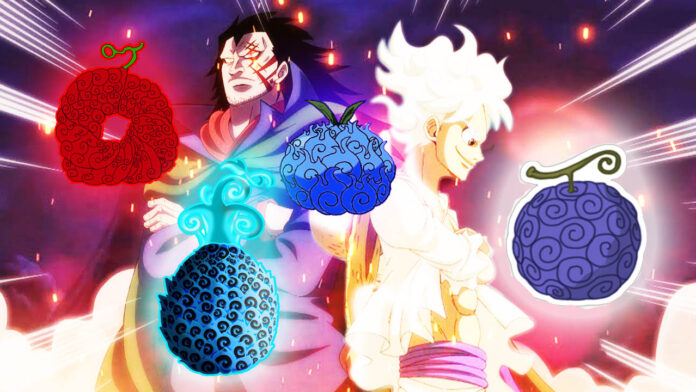 The Hito Hito no Mi, Model: Nika, commonly known as the Gomu Gomu no Mi, is a Mythical Zoan-type Devil Fruit that allows its user to transform into, and gain the powers of, “The Sun God, Nika”. In doing so, the user’s body gains the properties of rubber and the power to bring smiles to people’s faces. 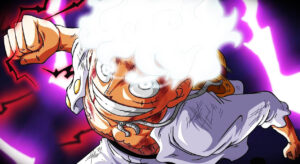 If the World Government wanted to use Devil Fruits to make a powerful army of devil fruit users, the obvious choice would have been to recreate Logia type devil fruits, but instead, they chose to recreate and spend years perfecting Zoan fruits? Why?

There’s a reason Oda chose “Nika”, the sound of laughter to be Sun God Nika’s name, and there’s a reason Oda chose to name the World Governments artificial Devil fruits, “Smile” Fruits. Oda loves doing the whole “two sides of the same coin” trope in One Piece, and it looks like the whole Smile Fruit subplot has been headed towards a Sun God Nika (Laughter) and a Sun God Smile fight.

We have already seen the first attempt of the World government, recreating a mythical Zoan smile Fruit with Kaido and Momonosuke, and we know Oda doesn’t include things in One Piece for no reason.

I don’t think it’s a coincidence that one of the main plot points of the Wano Arc was the Smile Fruit problem, and later down the line we find out that Luffy’s fruit was a Zoan type devil fruit this entire time.

On top of that, we were informed that the Five Elders/ the World government had known about Luffy’s fruit being a Zoan type all along, I don’t think it’s a coincidence that after learning about this, the World Government started funding a project to create artificial Zoan type devil fruits.

Momonosuke’s True Powers and His Role in Wano Arc

One Piece | The Connection Between Zunesha and Wano

One Piece Chapter 962 Spoilers _ Daimyo and the Vassals

One Piece | How Oda Can Kill Kaido?