Hey guys! Welcome back to Exmanga, hope you guys are doing good. Recently, fans had an interview with Naito, Oda’s media editor, in regard to the success of Stampede and the future of the series. In this interview, he has revealed a lot of interesting stuff regarding the future of One Piece. I’ve compiled all the relevant information from the interview, and here are the big things that he said during this interview:

The Wano Country Arc is Deeply Related to the Final Episode of One Piece.

– Yes. Recently, Roger’s bounty was revealed in “Weekly Shonen Jump”, and it became a hot topic. I think everyone (characters in One Piece) took interest in Roger, as the man who made the great pirates era. The man who appeared on the first page of volume 1 and changed the era with a single word. A man who reached Raftel and knew the true ONE PIECE. Such a man’s bounty is revealed on Wano Country arc, so of course there will be a big meaning behind this. Borrowing Oda-san’s statement, “Wano Country’s story is deeply related with the final episode of One Piece.”

– Let’s take another step. “The recollections drawn in the Wano country arc depict the legendary adventures of Gold Roger.” Of course, I can’t tell you how it will be between Kozuki Oden and Luffy, but this Wano Country arc is the most important series that you should definitely read to know the basics of ONE PIECE. I can confirm this. This arc will lead to the biggest core of “What is ONE PIECE?”

This is a very shocking information. Is this article okay to be read by everyone?

Why is Naito-san is so particular about “now”?

– I suddenly advertised, because of course there is a willingness to advertise as a responsible editor. But well, borrowing Oda’s words, the final stage will be more interesting than STAMPEDE, and it’s finally coming. I remember a certain period, a few years ago when the story approached Marineford arc, there was a time when everyone was talking about “ONE PIECE”. Both students and office workers were talking about Ace and Luffy. Oda-san said at the event one year ago that a story that will make you think “Marineford arc looks cute” is waiting in the future. That’s exactly what will happen in this 5 years. 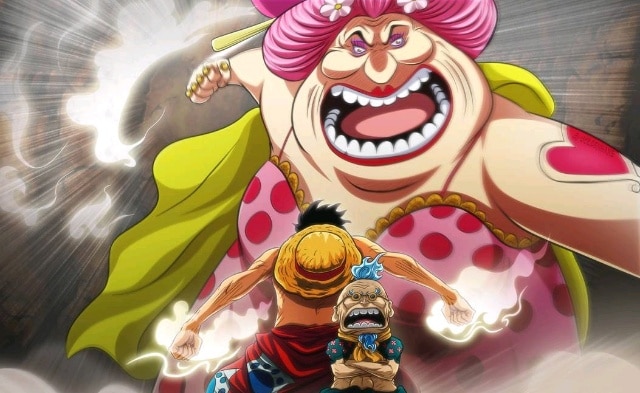 Just the other day, in Fischers (Japanese Youtuber), Oda stated that “ONE PIECE” will end in 5 years.

– As far as I heard about Oda-san’s plan, I honestly don’t think “Is this going to end in five years?” However, if Oda-san says it’s 5 years, I think that it will end in exactly 5 years. As far as the current development of Wano Country, it has become a tempo that can surely be finished in 5 years. That said, if Oda-san thinks “I want to go to such an island”, various hidden mysteries that might be stretched during the work, and there are a lot of readers who want to know, all of such things will be drawn at a tremendous density for the next 5 years.