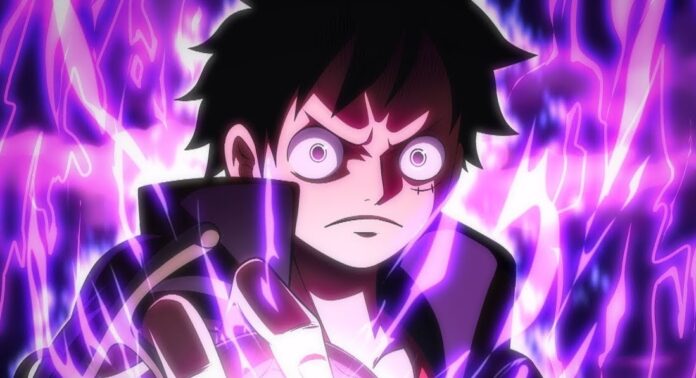 One Piece Chapter 1041 will be released this sunday, following a one-week break. However, scans for this chapter might be released this Friday. Today, some early spoilers for the upcoming chapter have surfaced online. So, I will be sharing them with you in this post. Here’s what we know about the next chapter. 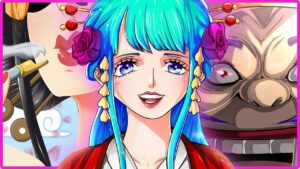 – On the cover, Pudding hits Yonji and Niji for bullying Sanji.

– Momonosuke says that Oden ripped out the most important pages of his logbook, the ones about Laugh Tale.

– Orochi is trapped by the ceiling of the room where he was. Komurasaki reveals her true identity to Orochi.

– Orochi can’t transform because Komurasaki stabs him with something made of Kairouseki.

– The masked CP0 member and Izou give each other a double KO.

– The boss of the CP0 receives new orders from the Gorousei: “Straw Hat Luffy” must be eliminated immediately.

– We briefly see what happens in other parts of Onigashima (Jinbe, Zoro, Nami, Usopp…). 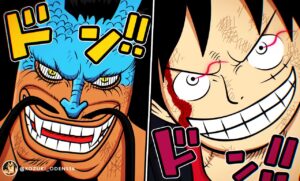 – Kaidou remembers, in a small flashback, the first time he met Big Mom when he was 15 years old. “I am Linlin!! The woman who will become the king of the seas!”

– Big Mom asked Kaidou his age at their first meeting, and when he told her that he was 15, she replied “15? How young!”.

– Luffy uses the Snakeman at the end of the chapter, and attacks Kaidou with a new technique called “Gomu Gomu no Hydra”. (The kanji of Luffy’s new attack translate as “9-Headed Dragon”)

– Luffy: “I’m not going to stop attacking you until I run out of energy! I’m definitely going to kick you out of “Wanokuni”!”

We will bring more details very soon. Until then, stay tuned and keep reading for all the latest updates!

One Piece | What Ryokugyu will do in Wano

One Piece | What Will Happen Next In Wano?

One Piece | The Origin and Purpose of Devil Fruits