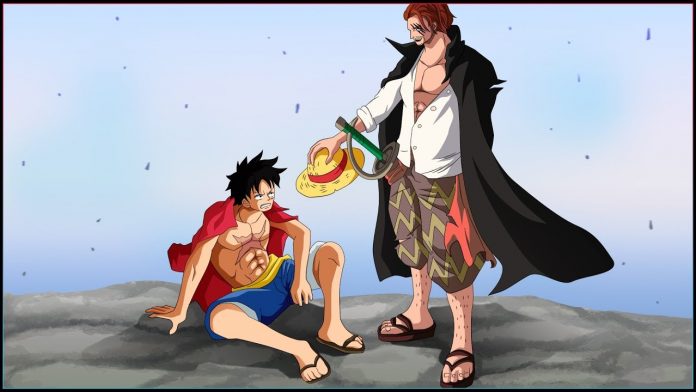 Shanks has been quite a mysterious character from the beginning. There hasn’t been much backstory about him other than his time on Roger’s crew. Despite being the Yonko we have known for the longest, unlike Kaido, Blackbeard and Big Mom, we have no idea what his motives are. The motives that, in light of Reverie, became even more intriguing. 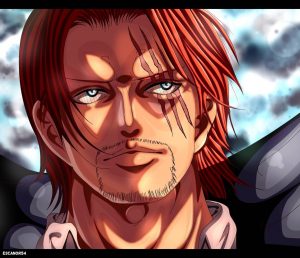 My theory is that he’s similar to Otto Von Bischmarck in real life. He works to keep the balance of the world, similar to the World Government (I mean there interests have to align somewhat for the Gorosei to let him walk into their hall). Shanks has probably somewhat begrudgingly agreed that the World Government is the best ruling party right now despite the atrocity they have committed. Of the other big powers, Whitebeard has no interest in ruling. Kaido is a drunkard. Big Mom is fucking insane. Their followers constantly try to kill each other. You could make an argument for the other pirates but point is Shanks see World Government as the most fitting.

2. How this explains his past actions?

Scenario 1: Help Whitebeard overthrow World Government. Whitebeard has no interest in ruling which leaves the vacuum of power for Kaido and Big Mom and Blackbeard to fight over. That would’ve been a disaster.

Scenario 2: Sacrifice Whitebeard. The vacuum of power that a Yonko leaves would be much smaller than the World Government (Yonko owns less land and territory than World Government, other Yonkos won’t be claiming the title of another Yonko since they already are Yonko. But they will definitely try and claim the title of the New World Government) .
And we saw that, Whitebeard died, another pirate rises up to claim the Yonko title, and the balance was somewhat restored for 2 years.

That’s why he stopped Kaido from going to Marineford. If Kaido had joined, the situation would be even worse. Either he helps Whitebeard and World Government is overthrown and Scenario 1 happens. Or he comes , fights both side and further weakens all 3 powers. Well now that leaves the power vacuum to Blackbeard or Big Mom.

He’s keeping the balance to await something. Most likely that is the Dawn that Roger spoke of . It’s ambiguous whether or not Shanks know about the secret of the world. But I think he does. There’s a specific reason why he gave Luffy Roger’s hat. The line he said to Whitebeard “I bet my arm on the new age” can very easily be referring to the Dawn that Joyboy prophesied. 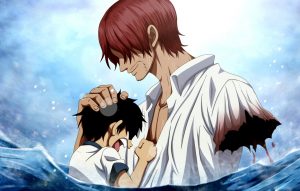 How does this relate to Shanks motives and agendas? When he replied to Whitebeard “I bet my arm on the new age”, he’s most likely referring to the Dawn. And Shanks had firm belief that Luffy would bring about that new age, that Dawn. That is his true motive: to keep relative world peace in the 25 years after Roger’s death before a better Ruling Party comes.

One Piece | The Connection Between Joyboy and Imu

One Piece | The Connection Between Devil Fruits And “Heartbeats”