We all know Elbaf is going to be based on Norse culture and Mythology. We’ve seen a portion in Big Mom’s flashback and we know that there’s a giant tree somewhere in there, which is likely based on Yggdrasil, and could be the “Adam” tree we’ve heard so much about.

Which got me thinking, how literally is going to take the concept? I think he’s going all the way, what if an image of “Yggdrasil” like this, is actually literally what Elbaf is going to look like: 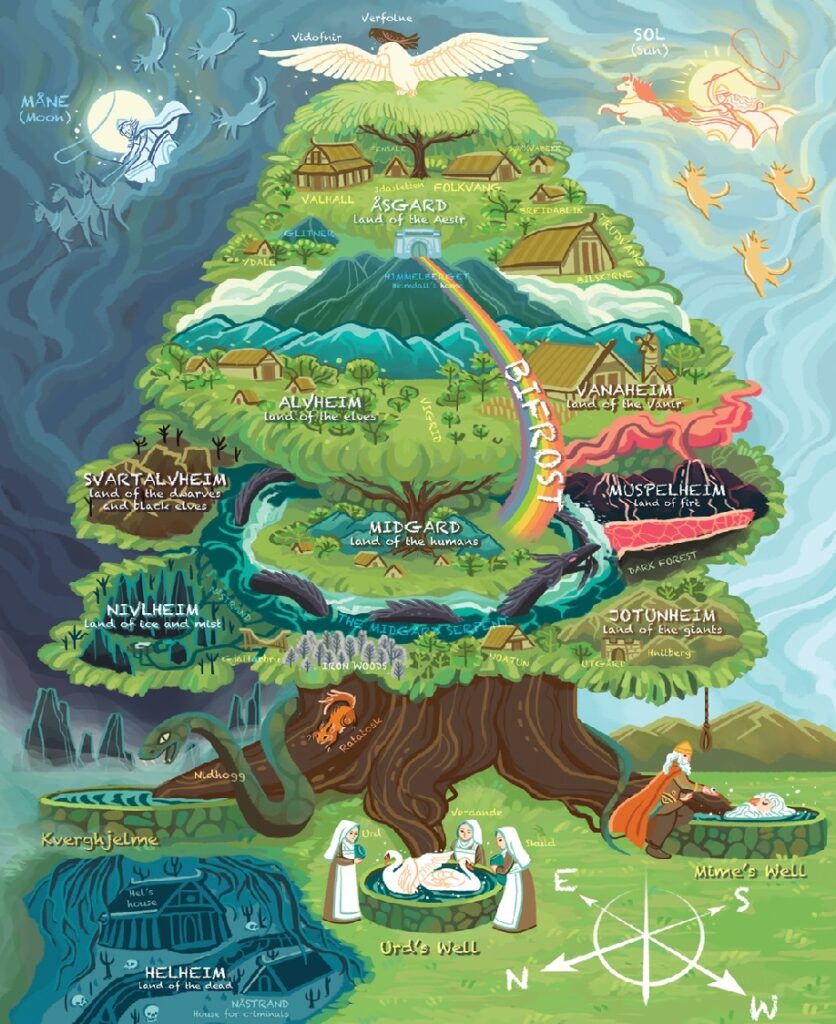 Elbaf will be built up of 9 villages, each named after one of the realms, all of which will be built over the top of each other on the giant tree itself. The tree will be so big, each “realm” will have its own biome and structure, and the tree itself will reach to the skies where the topmost village, Asgard, will be a Sky Island which you can get to via some sort of “Rainbow Bridge”.

We’ve seen one of the villages already in Big Mom’s flashback, this will be the lowermost village, maybe named Midgard or Helheim which is built on the surface, and might be the first spot the crew arrive in.

As a warrior culture, maybe the greater the warrior you are, the higher up on the tree you can visit, and Usopps goal will be to earn his way to the top.

I’m sure everyone is familiar with the theory of Elbaf being Shanks’s Arc and the crew will have a Davy Back Fight there, maybe this could be a way for that to have a cool setting. Like Zoro duels Mihawk in Muspelheim surrounded by lava and erupting Volcanoes, Usopp duels Yasopp in a sniper duel in Nibelheim, where neither can see their targets due to the thick fog and have to rely on their Haki.

We might get a whole range of new creatures and sea kings based on Jormungandr or the 4 stags, Dáinn, Dvalinn, Duneyrr and Duraþrór, and maybe the fabled “Emerald City” could be one of these villages too.

Summary of Interview with One Piece’s Editors in Saudi Arabia

One Piece | The Reason Why Wano Is Special