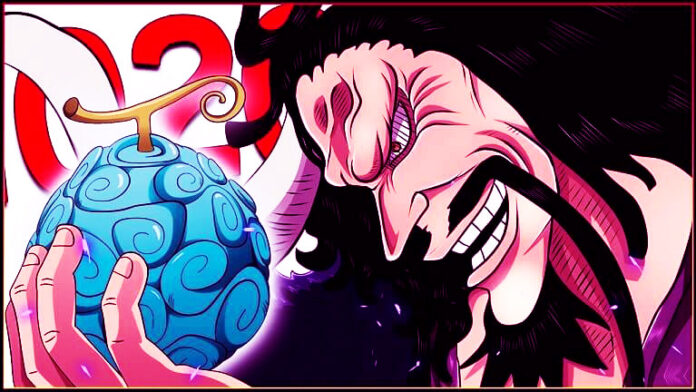 With the latest chapter, it’s basically confirmed that the last time Big Mom never saw Kaido again after in the God Valley Incident until he had become a Yonko.

The God Valley incident gave Kaido the epithet of the “Embodiment of Brutality” which later on in the chapter explains Kaido’s brutality as full on anarchy and survival of the fittest. 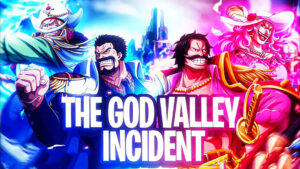 Here’s the thing, Kaido and Big Mom seemingly hate each other despite Big Mom saying that she still thinks of him as a little brother. So there’s a lot of mixed messages we are getting and it is 100% tied to the God Valley Incident. But why did Big Mom say Kaido owed her a life long debt for the Azure Dragon fruit?

Big Mom saw Kaido transform and did not blink an eye or act afraid when Kaido showed his full Zoan form or hybrid form. I think Kaido being the “Embodiment of Brutality” is tied to these and what he did at God Valley. All these are tied to the “true” power of the Azure Dragon fruit.

Another plot thread mentioned that might be proof of this is Vegapunk’s artificial devil fruit which Momonosuke now has. 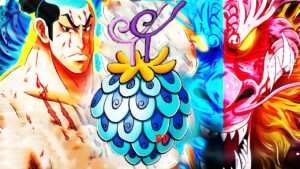 We know that Vegapunk is a super genius and despite his artificial fruit being deemed a failure, the fruit is almost an exact 1:1 version of Kaido’s devil fruit. But that leads to another problem. Why was it deemed a failure?

For one, we already know that the World government is trying to recreate artificial dragons back in Punk Hazard and that they existed in one of Ryuma’s legend.

So, how does this tie back to Kaido? Momonosuke’s Devil fruit is 100% a failure. Why? It is because Vegapunk’s artificial devil fruit could not achieve an ability that Kaido’s Devil Fruit truly has. Vegapunk is trying to replicate the true power of Kaido’s Devil Fruit which is activated during Kaido’s awakening(?).

Momonosuke’s fruit as far as we know works almost exactly the same as Kaido’s, but Momonosuke is simply not trained or experienced enough to know how to use all its normal abilities like weather manipulation. As we see later on when Momonosuke properly ages up, his Dragon looks closer to Kaido’s and can even create the flame clouds. It is likely that Momonosuke could do the same things as Kaido when he properly trains up.

Thus, the logical conclusion is that the only relevant ability in Kaido’s arsenal that Vegapunk and the World government could possibly want to replicate is its Awakened state. Otherwise, we don’t know why Vegapunk or the World government considered it a failure as Kaido’s weather manipulation isn’t seen as all that crazy when nearly every major character can do it in some form or another. The only other possible ability would be awakening. 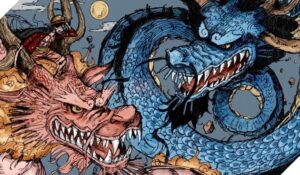 It all makes sense why Vegapunk’s artificial dragon fruit was a failure, and how Kaido got his epithet as the Embodiment of Brutality/possibly his future epithet as the Strongest Creature. They’re all tied to Kaido’s awakening. We already have proof that Kaido knows exactly what awakening is.

That being said, this could be very likely. Maybe Big Mom saw the Rocks pirate was on the verge of defeat. Kaido was already beaten and weakened and Big Mom gave Kaido the fruit in the hope that would turn the tide.

However, unfortunately, perhaps by nature of the zoan type of devil fruit where the fruit has much stronger will of its own or perhaps by the fact that Kaido was already severely weakened. Maybe Kaido did indeed awaken the fruit accidentally which led him to accidentally causes havoc that actually lead to Rocks death. 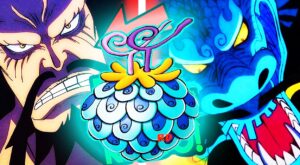 Maybe Kaido awakening of his devil fruit was closer to Chopper ‘awakening’ his fruit at Enies Lobby. i.e Kaido’s mind or body are neither strong enough but it was the fruit “wavelength (will)” overiding the transformation.

This sort of transformation is dangerous because first, the user mind couldn’t control it. And second, since the body isn’t actually up to par yet, the body has to drained of life force to power the transformation. This may be what prompted him to be captured immediately after he was sufficiently weakened by Garp/Marine.

Hence, Vegapunk got his hand on Kaido and able to experiment on the devil fruit immediately after God Valley Incident which is how Momonosuke fruit came to be.

One Piece | Who exactly are the 4 gods?

When exactly will One Piece end?

One Piece 997 Spoiler | Zoro Defeats One of the Supernovas

The reason Buggy became a Yonko – The final Road Poneglyph

One Piece | The Reason Why Blackbeard Never Sleeps

One Piece | Robin is an Awakened Devil Fruit User