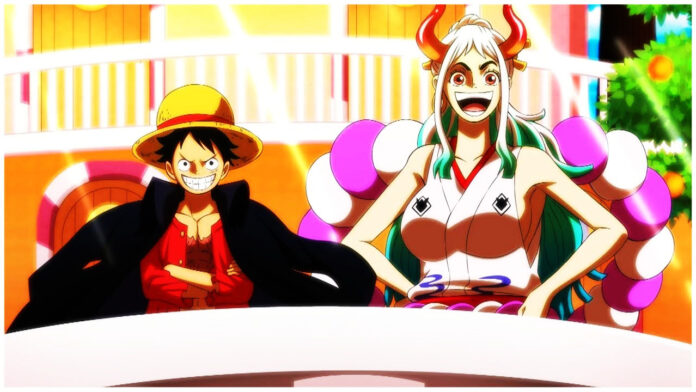 Kaido is defeated and everyone’s almost finished celebrating. Momonosuke has been crowned as Shogun. Luffy has declared Wano under his protection similar to Fishman Island. Yamato wants to go out and sail with Luffy, but she feels responsible to serve Wano and repent for all the damage that her father caused. 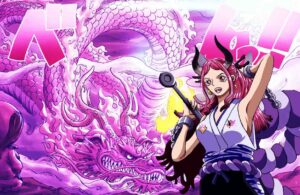 However, no matter what she does to help, or how much Momo defends her, the people of Wano still fear and resent her. Momo notices that Yamato is not really happy and he tells her, despite her objections, that she should follow her dreams and ask to join Luffy’s crew.

Momo knows how much Yamato wants to go on an adventure, to carry out Oden’s will, and find out what the missing page of his journal said. The secret of Laugh tale. The country will be fine because it still has strong Samurai and Zunesha to protect it. 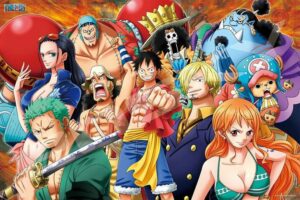 Luffy and the Crew have just left port and about to sail away to new adventures (Elbaf probably). But suddenly a huge chain catches onto the Sunny’s mast. It’s Yamato, dragging onto the ship at the end of a chain (just like how Oden joined Whitebeard Pirates).

Everyone is shocked and Luffy asks her what is she doing. With a smile on her face, Yamato declares that she is Kozuki Oden and she will go on an adventure to Laugh Tale just like Oden did.

Luffy refuses. Shocked and confused, Yamato asks why? Luffy says that he doesn’t want Oden on his crew because everyone respected Oden and he already went on his adventure. He then asks if she really wants to join his crew? 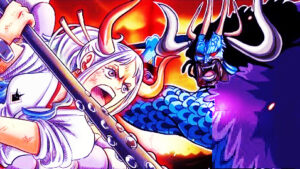 We see a few panel flashback of Yamato’s childhood, her meeting with Ace, and Kaido’s words of how she will never find people who accept her because she’s an Oni and Kaido’s daughter. Emotional that she will finally have a family that will accept her for who she is. She declares that she is Yamato, daughter of Kaido, and that she will join Luffy’s crew. Everyone cheers!

It definitely won’t play exactly like this. Oda will certainly do it much better. But writing this was still pretty fun and I genuinely believe that it’s roughly accurate. Hope you liked it!

The Connection Between Kaido and Joy Boy | Why Kaido Knows Him?

One Piece | The Way Yamato Can Join The Straw Hats

One Piece 1006 Official Spoilers | Marco Vs. King and Queen