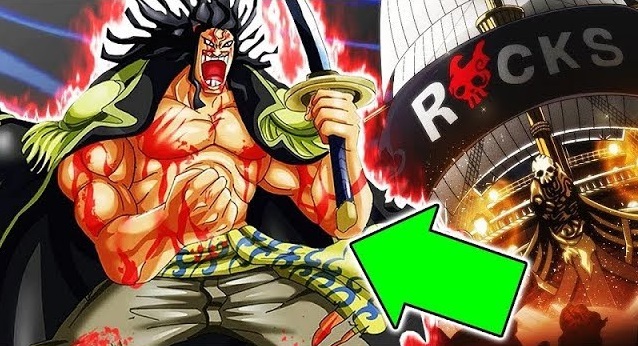 His late entry into the Pirate world

People tend to forget that the rocks crew gathered around a heist and money making scheme. This implies this wasn’t your 10 year or 5 year deep crew. This suggests the crew was together for roughly 2-3 years max. It is also said the crew hated each other. A crew that hates each other isn’t gonna be together for more than 2 years let alone 5.

Prior to the time-skip, if alive, Roger would’ve been 75 years old, and right now, he would’ve been 77 years old. The age of Rocks is minimum 77+, he could be anywhere from Roger’s age and above. Meaning that this crew of roughly 3 years was created when he was 36 AT THE YOUNGEST BTW.

They said it was Rocks era before Roger, this could hint a bigger gap in age than even I suggested. We know the upper echelon of One Piece powerhouses make impacts from 17 onwards. This gives Rocks like 20 years of doing something else.

His dream being King of the World also isn’t a dream a man needs to be a pirate to achieve and isn’t the kind of dream we are ACCUSTOMED with in One Piece, A KID ROCKS DREAM wasn’t to be King of the World and he wouldn’t even know this was a position unlike Doffy a celestial and the first family to leave Mariejois. Meaning Rocks original DREAM could be anything. And certainly isn’t a long term goal within piracy. The Rocks pirates were formed on that island, Rocks had no crew prior to this.

We know Brook died 52 years ago in the storyline. And the dates we have in the MANGA before that are Roger being a rookie about 53 years ago. And Garp, Tsuru and Sengoku joining the navy simultaneously 55 years ago. Rocks had no crew prior to the ones he gathered at pirate Island beehive. This means Rocks 52 years was NOT A PIRATE.

The real reason Garp doesn’t want to be an ADMIRAL

They said Garp doesn’t want to be an admiral because he will have to protect the Celestial Dragons. And one of the fodder say isn’t that their duty. Sengoku said Garps morals didn’t allow him to do this. He literally protected Celestial Dragons at God Valley against his fellow D member Rocks. He thought the Celestials were less scummy than Rocks. Who was given the Joyboy treatment and erased.

Garp doesn’t want to be an admiral because of this SERVING THE CELESTIALS situation. Which means he has seen in his prime which is before any of these current admirals were in the NAVY. He saw an ADMIRAL who was forced to do stupid and horrible things for the Celestials which made him say no. It’s like when you know someone who bought a certain car and you found out the car is trash through them and don’t end up buying it even though you previously thought it was good.

One Piece | The Contrast Between Luffy, Joyboy, Sun God Nika and Imu?

The Fate of Momonosuke and Yamato after Wano Arc

One Piece | This Is How Kaido Met His Calamities

One Piece | The Location of the Ancient Kingdom