Hey guys! Welcome back to Exmanga. One Piece Chapter 973 delayed last week, but now it will be releasing soon. Even though Chapter 973 is yet to be officially released, the spoilers are already surfacing on the web. The upcoming chapter of One Piece will surely blow everyone’s mind. The true identity of Kyoshiro would finally be revealed. Chapter 973 will confirm the most controversial theory about Denjiro disguised as Kyoshiro.

According to leaked spoilers, One Piece Chapter 973 is titled “The Kouzuki Clan”. The Chapter would feature Lady Kozuki Toki taking her last breath after sending her son and the scabbards to the future using her devil fruit ability. Also, Chapter 973 would show an enraged Orochi, because he could not find any proof that Oden’s retainers are truly dead. 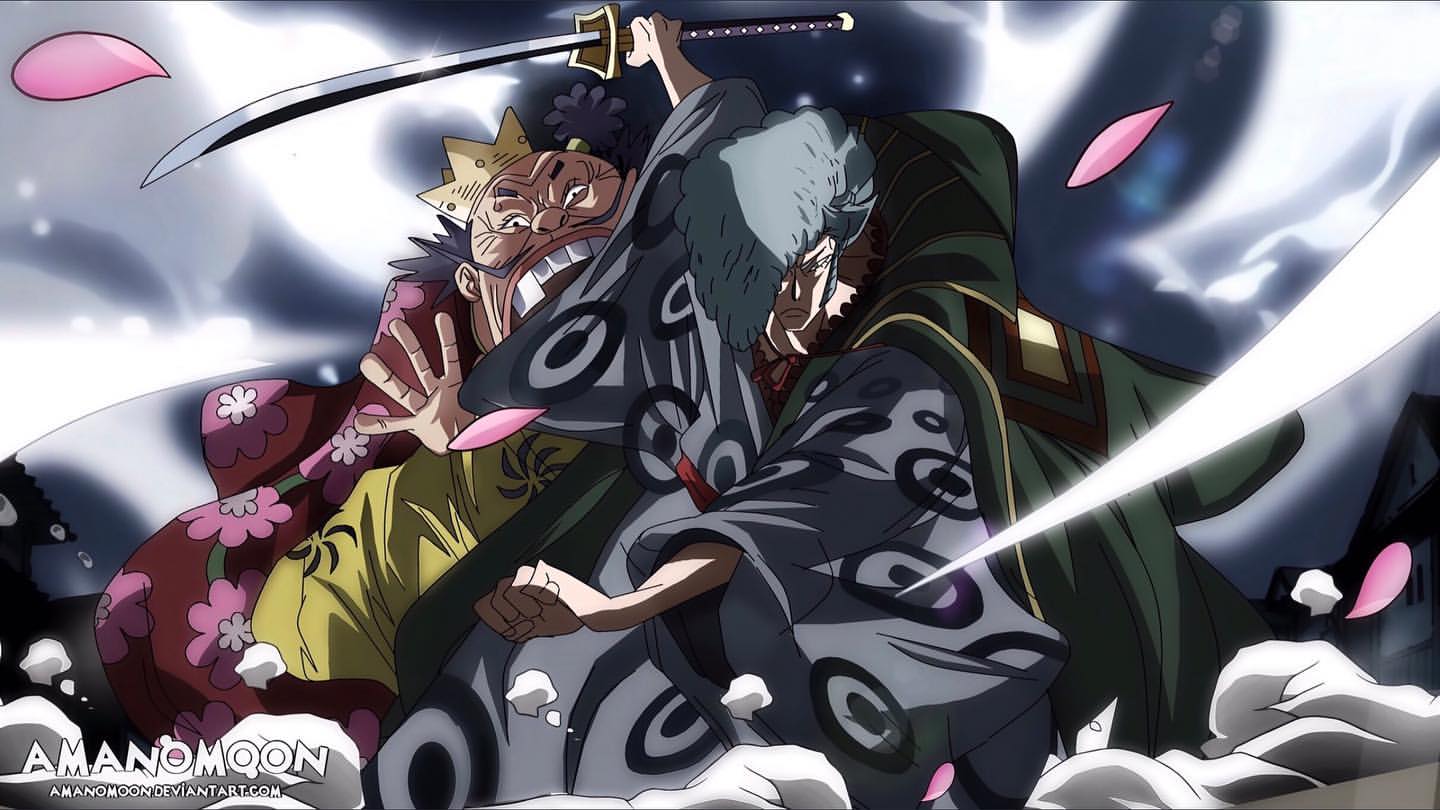 One Piece Chapter 973 will also solve the mysterious identity of Kyoshiro, he is actually Denjiro just as some fans predicted. In order to conceal his identity, Denjiro changed his appearance, adopted the name “Kyoshiro,” and started gathering subordinates. After becoming popular in the Land of Wano, Kyoshiro decided to become Shogun Orochi’s ally and take the role of Hyogoro the Flower as the new boss of the yakuza group in the Flower Capital. On the other hand, he also acts as the witching hour boy stealing money from the warehouse.

After that, Denjiro discovers Hiyori who had been separated from Kawamatsu although details as to how this might have happened are not yet available. Denjiro will then reveal his real identity to Hiyori. However, he requests Hiyori to keep his identity a secret, even to his allies. He asks Hiyori to only reveal his secret once the battle starts. Denjiro, as Kyoshiro, will then request Hiyori to adopt the new name “Komurasaki” to protect her life.

One Piece | Uranus Will Appear In The Next Arc