One Piece Chapter 964 was out last week, it was a great chapter full of exciting stuff from Oden’s life. Kozuki Oden’s adventures as a pirate have finally started. He also met Toki who will eventually become his wife. According to Chapter 964, Toki is a time traveler born 800 years ago at the time of the flashbacks. She seems to be finding her way to Wano but was attacked by traffickers. However, Oden appeared and saved her from them.

We all know Oden will come back to Wano with Toki at some point because that is where they are supposed to die together. But they need to build their relationship before that happens, so One Piece Chapter 965 will probably focus on their relationship. 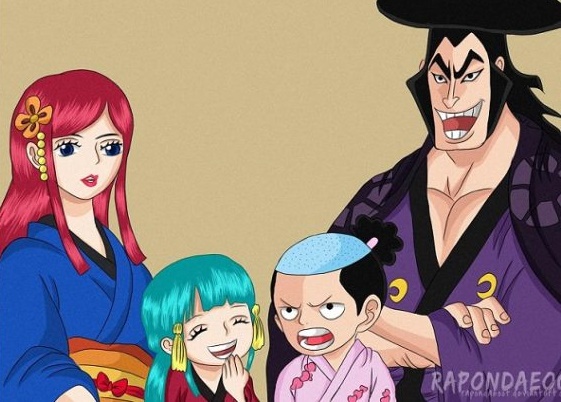 Also, Oden was once a member of Roger Pirates. In the previous chapter, we saw Roger, Buggy and Shanks on the Oro Jackson. They read about Oden in the news, and Roger instantly became interested in meeting the samurai who is the latest to join Whitebeard’s crew. One Piece Chapter 965 will most likely show us Roger and Oden’s meeting. It would be very interesting to see how Oden left Whitebeard’s crew to join Roger’s.

On the other hand, Izo decided not to go with Oden when he left Whitebeard Pirates, so the upcoming chapter may give us Izo’s reason. Unfortunately, One Piece Chapter 965 will be on a break this week, which means that we won’t get to read it anytime soon. One Piece Chapter 965 will be moved and released on December 16, 2019. The scans for the chapter will be out slightly earlier than that, and we expect it to come out on December 13, 2019.

The Reason Why Straw Hat Luffy Must Be Eliminated Immediately

One Piece | Top 10 CONFIRMED Bounties of All Time

One Piece | Rocks D. Xebec Betrayed Kaido In The Past

The Time Law Will Do “Immortality Operation” for Luffy