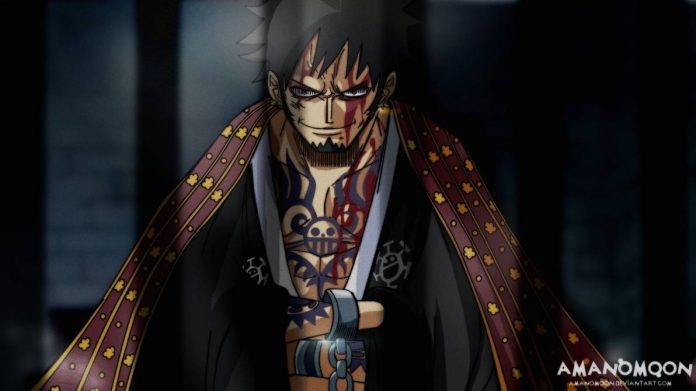 One Piece Chapter 950 has been officially released, and it’s definitely an awesome chapter. In One Piece Chapter 950, we got to see Zoro defeated all of Kurozumi Orochi’s ninjas, and now he is looking for his Shusui. Meanwhile, Luffy’s health was deteriorating since he’s still suffering from the poison that he got during the previous chapter.

Also, we saw that Luffy asked Kid to join his alliance and defeat Kaido together, but Kid refused. At the end of the chapter, we saw Trafalgar Law has been captured, but I’m sure he has a big plan and I’m very interested in seeing what he’s thinking. With that, let’s start talking about One Piece Chapter 951 now. So, if you do not want to be spoiled then switch to some other post on Exmanga.

In One Piece Chapter 951, we will see Chopper finding a cure for Luffy and whoever has been affected by the poison, I believe this is the most important thing now. Then, we might see what’s up with Trafalgar D. Water Law and others. I think we’ll see Sanji and the rest of the Straw Hats discussing what the next part of the plan is.

By now, they should know that Law has been captured and the main focus should be on freeing Law and his crewmates. I think Sanji will be the one who rescues Law, he will use his Raid Suit and break into the prison. It will be very interesting to see how Sanji free Law. I believe most of the next chapter will be about Law, and we will likely see some updates on the Straw Hats and Luffy at Udon Prison as well.