The Sea Kings said that their ruler will be born in 10 years at two different instances and the incidents in Fish Man Island have confirmed that Shirahoshi is Poseidon, the ancient weapon.

It seems that the older Joy Boy failed to achieve something that the Poneglyph on FishMan island was an apology for.

Roger, while returning from Laugh Tale said that he wonders who the next Joy Boy would be who will find the One Piece and fulfill the destiny and joked that it might be his own son. Im-sama also looked at the previous Joy Boy’s straw hat below Mariejois and associated it with Luffy’s wanted poster and had taken interest in 3 posters when we first saw him: Luffy, Shirahoshi and Blackbeard.

The sea kings said “Our ruler will be born…… and another will be born in the distant sea…. the two rulers will meet again one day… we have waited so long….. it is going to work out this time”. 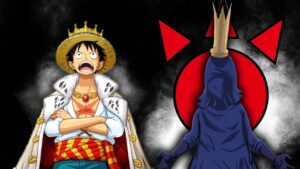 So here are my inferences:

Joy Boy is not a person, it’s a title. Just like Poseidon, it’s not reincarnation but a destiny that’s been passed on. We know how wonky the concept of destiny is in the One Piece world and Luffy has had so many powerful individuals notice that he is overwhelmingly lucky and has an unbeatable charisma.

We know nothing about Uranus, but we know that it has something in relation to the sky going by the mythological reference, which actually furthers the point I am trying to make. Here is what I think:

Poseidon (Shirahoshi): The commander of the greatest military power in the seas, the sea Kings.

Joy Boy (Luffy): The commander of the greatest military power on land. Whichever island or country Luffy steps in, he gains their unwavering support and also gained the power of 5000 subordinates without even intending to do it. This is just the start and I am guessing you guys get what I am trying to say here. This might also be something in reference to the Will of D, the people who bear the name of D are destined to be extremely strong people with out-worldly willpower and destiny will make them assist JoyBoy in his “mission”.

Uranus (unknown, maybe Momonosuke): The commander of the greatest military power in the sky. I don’t know what it means or it entails but going by how Oda loves and lives up to his mythological references and also how well it fits with my theory, I’ll leave it here.

Pluton: The most powerful weapon and vehicle suited for the final mission of the commanders of Land, Sea and Sky. 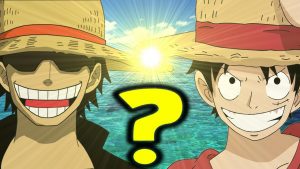 It seems to me that the three great commanders and Pluton were a united front 800 years ago in the void century for their “mission” but somehow failed and thus Roger says he wonders who will complete Joy Boy’s destiny. Whatever this incident was, it had caused a huge uproar and had caused severe damage that needed to be covered up and hushed so that the general public and the people who inherit the destiny of the three commanders do not get to know what really happened in that century, and thus preventing history from repeating itself.

Of course, who the attack of the commanders was against and why did the complete power dynamics of the world suddenly change at the end of the incident is still unknown. But I think it can be said that whoever the previous Joy Boy’s failed attack was against is closely related to Im-sama, the celestial dragons, the Navy and the Gorosei. Also time and again people with the Will of D have been referred to as the sworn enemy of the Gods, which adds more substance to my previous statement. 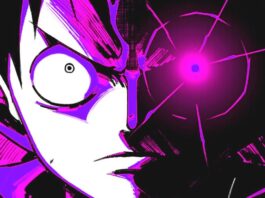 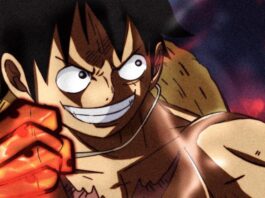 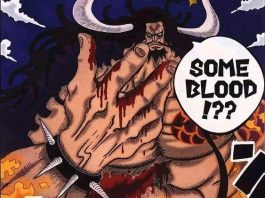 The reason why Kaido waits for Joyboy | Kaido’s True Purpose