God Valley was an island located somewhere in the world where an event known as the God Valley Incident took place. It is the place where Gol D. Roger and Garp defeated the Rocks Pirates. Also, we know that Shiki the Golden Lion was a member of the Rocks Pirates.

Kurozumi Higurashi had the Mane Mane no Mi, and one of the faces she transforms into is Shiki. She states that she was out of Wano for some time. Kurozumi Semimaru had the Bari Bari no Mi, they also give the Hebi Hebi no Mi, model Yamata no Orochi to Kurozumi Orochi and the Fude Fude no Mi to Kurozumi Kanjuro. But how did they have 4 devil fruits being one a mythical zoan?

They probably fled Wano, and sailed the world looking for devil fruits for the revenge of the Kurozumi clan. As Blackbeard did in Whitebeard’s crew, Kurozumi Higurashi was part of Rocks crew while looking for the devil fruits she wanted. That would explain why she could tranform into Shiki, she touched him because they were crewmates.

We learn from Big Mom that the debt Kaido owed her was because in the day of the God Valley Incident she gave him the Uo Uo no mi model Seiryu.

My theory is that the incident of God Valley was when the Rocks Pirates, the Roger Pirates, the Marines and the Celestial Dragons all came to God Valley and found the three from where the Mythical Zoans came from. The One Piece world has the Sunlight Tree Eve and the Treasure Tree Adam (maybe where the other devil fruits come from, since they are said to be the treasures of the sea), why wouldn’t it have the God Tree as well?

The God Valley incident was probably the day that Kaido learned the prophesy of Joyboy’s return. Then ate the Uo no mi model Seiryu and went to Wano were the return of Joyboy was fated to happen. (The awakening of the Hito Hito no Mi model Nika ) and also looked for the Inu Inu no Mi model Okuchi no Makami, Yamato’s devil fruit. The true history of the world being a part of the God Valley incident would explain the involvement of the Celestial Dragons and the Marines. 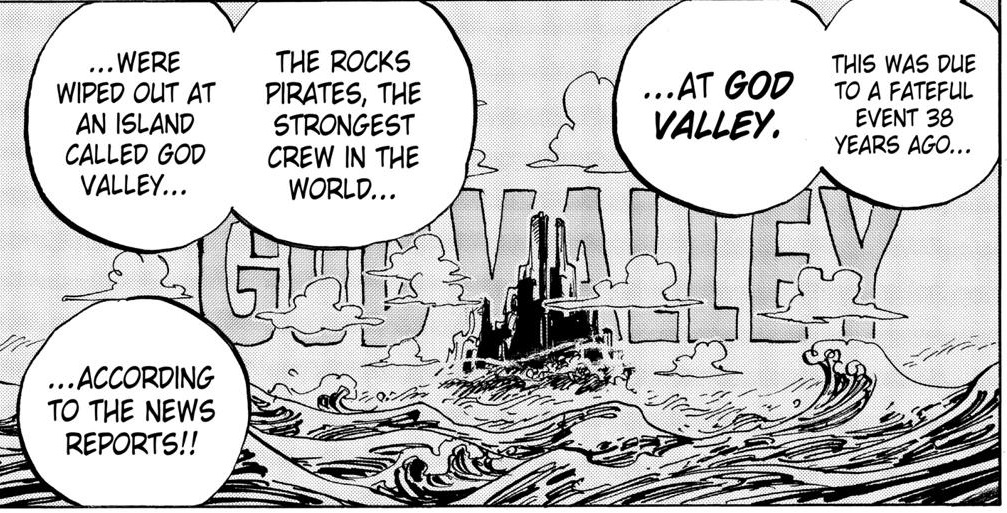 So yeah, I believe that in Kaido’s flashback all this will be revealed. The Wano arc is the arc that features every Mythical Zoan users, including Sengoku the Buddha and Catarina Devon that appeared in the between acts chapters. I believe that Kaido knew of the prophecy of the night in wich the gods would gather in Wano and Joyboy would return. Maybe it has something to do with Toki prophecy but it says nine shadows and there are only eight Mythical Zoan users (yet?)

That’s it, just a theory that I’ve been cooking inside my brain since chapter 999, as the raid progressed more evidences and missing links started to show and now I think I have gathered enough for a good theory.

One Piece | Blackbeard Will Not Use Advanced Haki

New Emperors Of The Sea | One Piece Chapter 1052 Full Summary

One Piece | Year Zero And The Fall Of The Lunarians