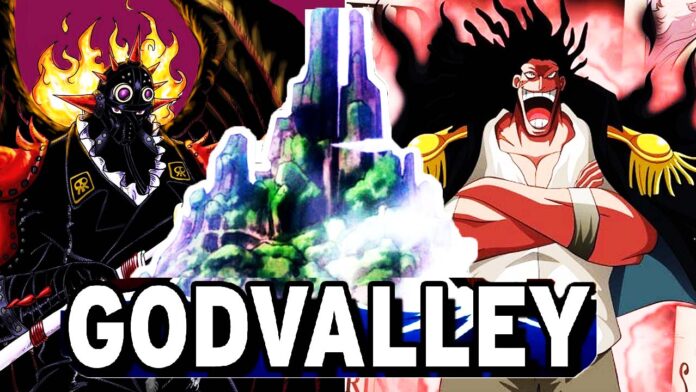 The God Valley is based on multiple locations in real life (Spider Rock, Red Rock Canyon, Grand Canyon…). These place all look identical to the silhouette and images we have seen of the island of God Valley in both the anime and manga.

I believe Baltigo is God Valley. In the past, the slaves were kept here. They were the Lunarians who had survived the purge of their race, and were obviously being treated badly here. I believe King was here as well.

All these locations are known for their huge rocky monuments and all have red rock/soil formations. Red soil is a type of soil that typically develops in warm, temperate, and humid climates. It is formed from the weathering of ancient crystalline. This makes me believe that at one stage, God Valley was a crystal/emerald diamond like city which was very prosperous.

The God Valley was described looks identical to the main building of the Revolutionary Army. This isn’t coincidence. It was said that the native Americans who used to live in the canyons were called the Anasazi, which means “ancient enemy”. The ancient enemy of the World Government. 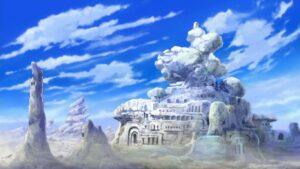 I’m saying God Valley is a large mass of red rock. So, why is Baltigo white? I will explain.

This red soil/rock like the red line. It’s said to have high iron and manganese content, in other words high metal content. Red soil turns white when the land is drained of its surface content. Kapurpurawan is a white rock formation that was made my the constant forceful waves and WIND hitting the island.

If Dragon can control the storm or wind thanks to his devil fruit power like we assume. He used God Valley as base and home where he could train in secret. Likely due to this constant bombardment from his training, and the metamorphosis of the rock around him with gravity and time, the rock went from red to white.

If this white rock forms through the sedimentation of rock and the metamorphosis. This could actually be a metaphor or the personification of Dragon’s identity. If Dragon is the son of Rocks D. Xebec like many believe, and has married into the Monkey D. family. Over time learning and studying in Baltigo. He went from a naive man to the most wanted man in the World with a powerful organisation and a good chance of other throwing the World Government.

This is just a theory, it can be right or wrong, hope you guys like it and don’t forget to leave a comment below.

What exactly is One Piece?