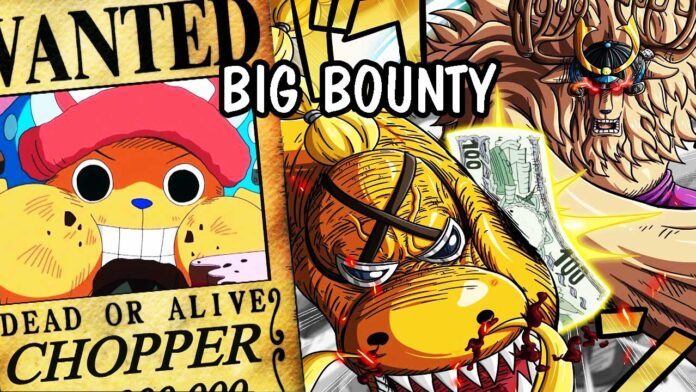 So, I’d say the two most notable gags for Chopper are people calling him a tanuki and the fact he has a low bounty. While these aren’t the same thing, they both indicate that Chopper isn’t respected as the tanuki gag frequently involves people calling him a tanuki even after Chopper tells them he’s a reindeer. Both of these gags highlight that Chopper isn’t taken very seriously by anyone. 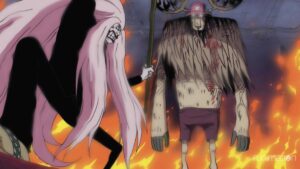 The thing is though, Chopper’s never really done anything public to earn anyone’s respect (obviously apart from the straw hats). He’s obviously an incredibly vital part of the crew, but most moments are behind the scenes and not as closely linked to the events that garnered Luffy his fame.

The closest thing to this would be Chopper fighting CP9, but he ultimately fails and has to rely on luck through his Monster Point to get the win. Chopper didn’t win; his monster point did and caused problems for other characters. I think that’s part of the reason Oda chose to create the gag in the first place; he didn’t earn his victory at Enies Lobby the same way the others did, but that’s besides the point. 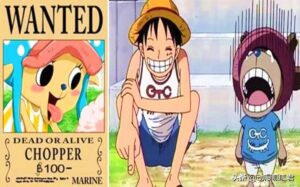 The main point is that Chopper hasn’t demanded the respect for a real bounty. I remember thinking Luffy was harsh for telling Chopper to try harder next time as I felt it wasn’t considering how much work Chopper has put in with the straw hats, but I see now he meant to try harder specifically with increasing his bounty.

Anyway, that changes with Wano, specifically when Chopper punches Queen while demanding people to not call him a tanuki. While Chopper has whined about people calling him one, this is the first time he really throws his weight around and demands to be taken seriously.

Now, this might seem contradictory as a stated that Chopper using Monster Point in Enies Lobby was a bad thing while it’s a good thing here. The obvious difference is that Chopper has mastered monster point at this time. It wasn’t a gamble that took Chopper’s agency away; it’s no different than Luffy’s gears now.

This is almost certainly the end of the tanuki gag, and since both gags center around Chopper not being respected, than it stands to reason that the bounty gag is coming to a close as well. Chopper had demanded those around him to respect him, and I think that will be reflected in his bounty.

One Piece | Denjirou’s Disappearance – What Is He Planning?

“Straw Hat Luffy” Must Be Eliminated Immediately | One Piece 1041 Spoilers

One Piece | Kaido Is Working With the World Government?