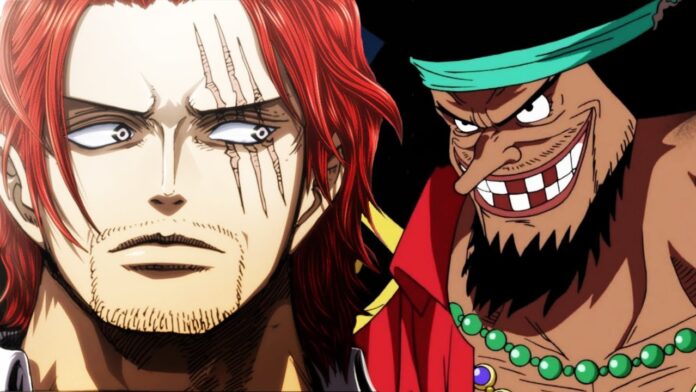 Oda is doing an amazing job at keeping us preoccupied with the current battle against the Beast Pirates and Big Mom alliance. But I think he has been planting the seeds for Blackbeard to make an appearance. I’m pretty sure that he is going to show up, so let’s see my inferences.

The role of Caribou:

The seeds have been planted as early as Fishman Island. Caribou knows the identity of the Poseidon, and he wants to tell “someone” in order to gain their approval. Because he was captured by X-Drake, the glaring answer was Kaido, but Caribou never told the Beast Pirates. Additionally, Kaido will be losing in Wano.

Caribou wants to tell Blackbeard. Oda introduced Caribou as someone that is wanting to join someone powerful and with a respectable reputation. Initially, he joined the fake Straw Hats, then sucked up to the real Luffy in Udon, and refused to join Kid, because his reputation has been dragged through the mud.

Caribou’s whole purpose of being in Wano is to tell that valuable information to Blackbeard when he arrives. 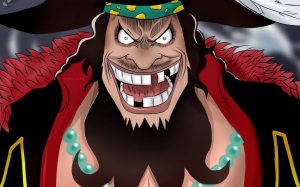 Looking at the three characters that have been introduced alongside Blackbeard. They have “Wano” written all over them:

Shiryu of the Rain, Evening Shower Kanjuro, Kiku of the Lingering Snow and Raizo of the Mist. This is not a coincidence. Shiryu is a swordsman from Wano. Oda introduced a secret entrance to Wano, and it would make sense for Shiryu to have this knowledge. Also, arriving through the “back door” is such a Blackbeard thing to do. Let’s be honest.

Devon’s epithet is Crescent Moon Hunter. The Crescent Moon is also the emblem for the Kozuki Clan. Additionally, take a look at her devil fruit. She has the nine-tailed fox fruit which allows her to shape shift. Gyukimaru (from Wano) is the only other creature we’ve seen with that ability.

Moria is the most obvious of the three. We know Gecko’s relation to the Land of Wano, and we don’t have to go into detail (Oars, Continent Puller, Shusui, Kaido, etc).

From what we can tell, The Kozuki Clan has closed Wano until Joy Boy arrives to bring the “Dawn”. In Marineford war, Whitebeard told Blackbeard that he wasn’t that person , but Blackbeard is trying to force his way to become the King of Pirates. It’s apparent that something has to to happen in Wano at this very moment before the One Piece can be found. I’m sure Blackbeard knows about it and he’ll be there to clean up once everyone is exhausted from their fight with Kaido. 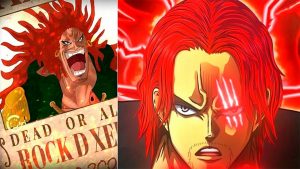 The real climax of Wano (wait for it), is going to be Shanks vs Blackbeard confrontation. Shanks’ character has been tied to Blackbeard from the beginning. Oda teased us about a Red-Haired man making a move, and I believe that is an obvious nod to Shanks coming into the story. Don’t forget, this is the Four Emperors Saga (not Wano/Kaido), and Blackbeard and Shanks have yet to play a pivotal role.

Shanks warned the elders about Blackbeard, as he is plotting to become the next King of the World (like Rocks), and he wants to stop him at all costs.

One Piece | Who is the final Straw Hats?

Lunarian Race! How Oda Could Troll Big Mom and Judge At Once?

Kaido’s Legacy and His True Purpose On Yamato